Is it a senate? Is it a government? No, it’s a council!

The European Council to be precise. Observers tend to use analogies to describe the three major EU institutions. This goes for journalists, trying to inform their readers, but even professors tend to reach for comparisons when teaching their students about the EU’s workings. This ambivalence has to go. It is one thing to ask whether a fictional alien in the sky is a bird or a plane, but there should be clarity on who holds which powers in the European Union. As I state in my book The Scent of Wild Animals:

The fact that the EU is a hybrid ‘sui generis’ entity, is really no excuse for not respecting the basic elements of democracy and applying them equally to the European Council.  Undefined and unchecked powers have no place in a democracy. In my view the European Council is a democratic anomaly . But it exists and at the very least the Treaties should clarify the nature of the European Council: executive or legislative? Whom are they accountable to, and who gives them a mandate?

For a long time, it was the European Commission that was deemed difficult to pigeonhole. Is it a civil service or a political body? Now, rightly so, the ambivalence of the Council is getting more attention. A kind of EU senate is how this unidentified governing object (UGO) is often described. In his recent Charlemagne column, Duncan Robinson, throws up a competing analogy: monarchy. A rather astute comparison. Not just because it is an apt description of the power granted to the individuals sitting on the European Council, but also because at the moment the European Council is the biggest obstacle to having real European democracy. Parliamentary democracy to be precise. 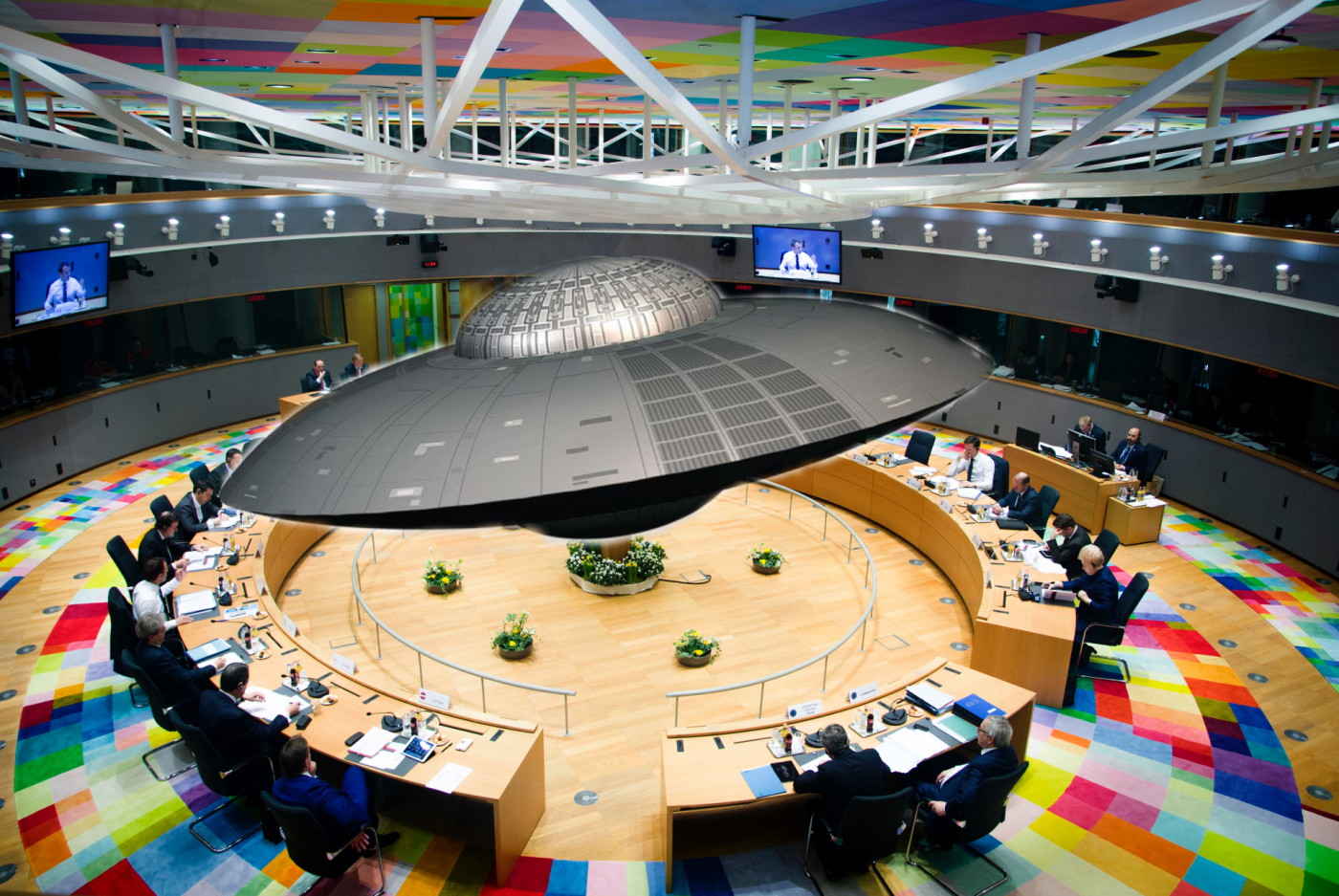 No form of government is perfect. In Europe however, we should have a parliamentary democracy. For all its faults and deficiencies, it is the most desirable mode for Europe, because it fits with the way most European democracies have been governing themselves successfully for decades now. It is also the form of government with clear lines of accountability. We currently do not have parliamentary democracy at the European level. Robinson states that the EU is a parliamentary system on paper. But not even that is the case, because even on paper the European Union is for all intents and purposes an intergovernmental system.

It has a parliament and it has elections, but it is not a mature and complete democracy. Elements of a parliamentary democracy are grafted onto the EU’s system, like a twig grafted onto the trunk of an intergovernmental tree. As the intergovernmental trunk grows bigger, the system becomes increasingly skewed. The addition in 1979 of the directly elected European Parliament to the profoundly intergovernmental system, has not fundamentally changed the actual nature of the system. Either way, with or without formalising it on paper, it is up to this Parliament to overthrow the monarchy and establish a true separation of powers. A first move could be for Parliament to ask the Venice Commission to investigate the current state of the EU’s supranational democracy, and identify its weak spots.

The United States Senate is as broken as the European Council, but at least US Senators ask voters to trust them to “fix Washington”. Very few European leaders ask their voters to send them to Brussel to fix Brussels. With the exception of leaders who use Brussels as a bogeyman, none of them campaign on European issues. The candidates to succeed Merkel had virtually no debate on European policy. And yet, Brussels is the place where they hold the most power. Far away from home, unbothered by unwanted eyes peeking in, and protected by the myth that the EU is an unpolitical, technocratic eunuch. This technocracy label is fading, luckily. It is important though, to understand its power. By portraying the EU as non-political, government leaders attempted to disengage from EU politics. Essentially to bolster their monarchical powers in Brussels.

This week we witnessed the bizarre spectacle of a Polish prime minister, as a member of the Council himself a prominent Brussels power broker, lamenting supposed interference in Poland by Brussels. If you need proof that accountability is a dead letter for the European Council, look no further. Especially Parliament needs to wake up to this reality. All of the EU is political. Council, Commission, Parliament, all of it. Parliament has to engage in a political power struggle. It has to grow a parliamentary esprit vis-a-vis the other institutions, that supersedes internal ideological divisions. An esprit that cannot be bought off with crumbs thrown by the Council or Commission. Only then can it enforce a true separation of powers that is so lacking in Europe at the moment.